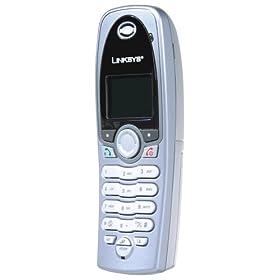 If I were to tell you that I’ve been using an iPhone for almost a year and a half, some of you might not believe me. Well, it’s true. But this iPhone is not made by Apple, costs much less than Apple’s products and carries a monthly fee only a fraction of what you’d pay to use Apple’s phone.

You see, my iPhone is made by Linksys and it is used to place VOIP calls using Skype. When Apple first announced their iPhone, they were sued by Cisco (parent company of Linksys) since Cisco was already using the iPhone name.

The Linksys CIT200 Cordless Internet Telephony Kit for Skype is a fancy name for the iPhone. As of this writing, it is selling for $39.99 at Amazon. What you get is a small device that plugs in to a free USB port of a computer where you are running Skype. This device then talks to a cordless phone that you use for placing and receiving calls. The cordless phone is very similar to cordless phones that work with normal phone lines. Actually it is much smaller than the typical cordless phone.

I’ve traveled to Mexico and Europe with my iPhone and used it to make inexpensive calls back to the US. If the person I’m calling has a Skype account, the call is absolutely free. The good news is that the whole package is small enough to carry on vacation. Anywhere you can connect to the Internet, you can use the iPhone to make calls anywhere in the world. 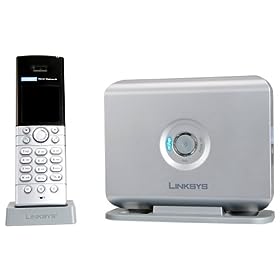 For those who will be using their iPhone strictly in one place, you might want to look into the Linksys CIT400 Dual-Mode Internet Telephony Kit with Integrated Skype. It costs a lot more, but links directly into your router so that you do not have to be running Skype on a computer to use it. It also ties in to traditional phone lines so that the cordless phone can be used to place and receive calls through either Skype or your landline. This would be perfect for a home office. Being able to make inexpensive—or free—calls to people on the other side of the world makes these devices worth every penny.

There are certainly other options for VOIP. I haven’t tried them so I can’t give you my opinion on them. But I loved my first iPhone so much that I got another one a few months later. Now I have one for traveling and one for the office. I've got multiple types of headphones and most of the time the ones I use are wired. Maybe that's why I'm never jumped into the wireless earbud arena. Since I'm not sure how much I'd truly use them, I'm thinking my best bet may be to choose an...