Most of you are probably not familiar with Cave Creek, Arizona. Of course, anyone who has attended Boot Camp has gotten to know it well. When I first moved here over twelve years ago, I thought I was probably the best-selling author in town. At that time, Cave Creek had less than 3000 residents so it wouldn’t be too much of a stretch.

After having lived here less than a year, I learned that another well-know author of computer books lived in town. Ted Alspach, author of numerous books on Adobe Illustrator, also lived in Cave Creek. What a weird coincidence. The authors of the top-selling books on competing applications both lived in the same small Arizona town. I’ve never seen Ted in town, though I have met him a couple of times at industry events. He became the product manager for Illustrator so I’m not even sure if he still lives here. I’m guessing his books have sold more copies than mine simply because Illustrator seems so darned difficult to learn for me. 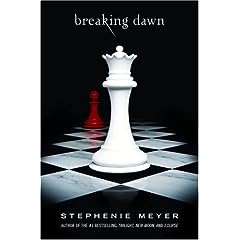 In the last couple of years, a new author has emerged in Cave Creek who has easily surpassed both Ted and I. Stephenie Meyer had a dream five years ago that has turned into an incredibly successful series of books. Time Magazine even pondered the question of whether she was the new J.K. Rowling! Her latest book, Breaking Dawn, was released this weekend and it is currently #2 in sales at Amazon. I’m overjoyed if my books crack the top 20,000 at Amazon.

I’ll never know for sure why there is a concentration of authors here in Cave Creek. I’m sure it is just a strange coincidence. It is pretty clear that I should start writing fiction books instead of non-fiction as they sure do sell better! Maybe I’ll have to tie it all together and write about a young graphic artist going up against the evil forces in the mud huts. At least that’s a thought. Wondering what to read next? I've rounded up a few more Kindle books that are available for free right now. There is no catch to these free books as I explained in How to Read Kindle Books and Why are Kindle Books Free. Make sure to check out... I love to read and I certainly enjoy it even more when it is free. There is no way I can read all the free Kindle books available, but I can certainly pass them along to loyal readers. There is no catch to these free books as I explained in How...