Last week as I was driving around California, I had to be very careful about breaking one of my bad habits. I often talk on my cel phone when driving. There, I said it. The reason I had to break the habit last week is that it is illegal in California unless you are using a hands-free device.

I had tried a couple of bluetooth headsets and hadn’t really liked them. The inability to talk on the phone got me searching for a new headset. Part of this was also driven by the fact that a new cel phone was waiting on my desk when I got home. Since the new phone supported stereo bluetooth, I wanted to find a headset that was also in stereo. 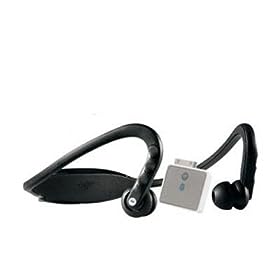 Of course I don’t need stereo to talk on the phone, but it can also be used to listen to music stored on the phone. I just have to figure out the process of getting music transferred to the phone. Not only did I search online, I talked to friends in the telecommunication industry to get their input. I finally decided on the Motorola S9-HD Headset with the D650 iPod Adapter. In the few days I’ve had the headset, I’m very impressed.

Pairing the headset with the phone was very simple. It was all done in less than a minute and most of that was waiting on the phone. The sound quality in my ears is great. People I’ve called have said that they can tell I’m not talking on the phone, but they can clearly understand me.

Part of the other benefit of this device is that it comes with an adapter that allows it to be used with any iPod that has a dock. I have not yet tested this functionality, but that will come in the next couple of days. I also will pair the headset with my computer so I can use it with Skype. Right now I’m just excited that I can return to California and talk on the phone while driving.