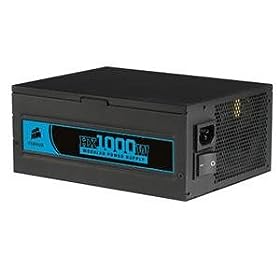 In January I talked about various components that make up the guts of a computer. When we talk about motherboards, powerful processors, memory, graphics cards, hard drives and more; we have to also talk about something to provide a steady source of clean power to all of those components. Over the past few years, the amount of power needed to run a computer has gone up quite a bit. So it is important that you properly assess how much power you need if you are going to be building or upgrading a computer.

In looking over power supplies today, I was most impressed with those from Corsair. A wide range of power levels is offered at a good price. They have also gotten very favorable reviews from customers.

It is important to not only have enough power for what you have today, but also to have extra power in case you decide to add a component later. The price differential for a little extra power isn’t much. Underpowering a system could cause it to die an early death!