A few months ago I gave you a list of Denon AV Receivers that you might want to consider for an entertainment system or even or a training room in your office. I am revisiting them today as I have learned about an important specification you may want in a future AV receiver.

One of the benefits of AV receivers is that you can take audio and video from multiple sources and easily route it to your television. The receivers I covered last year were great choices, but they all have one flaw if you are looking to upgrade your television in the next few years. They all use HDMI 1.3 connections. That probably means as much to you as it did to me a few years ago. I’ll explain the importance shortly. 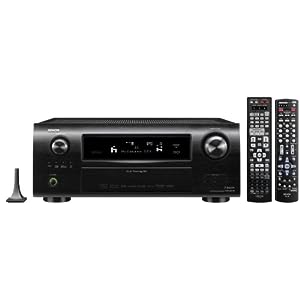 Today, I’m featuring the Denon AVR-3311CI receiver. As I’m writing this post, it is only available for pre-order. It is expected to be available very soon. The feature list is quite impressive, but there is one little detail that could get overlooked. It has HDMI 1.4a connections. What does that really mean? The newer HDMI specification allows for support of 3D signals. So if you plan to get a television capable of 3D viewing, you’ll definitely want the newer HDMI standard.

The Denon AV receiver that drives the television in my living room died after delivering me many hours of audio and video entertainment. So I have been looking for a replacement. I talked with a support engineer at Denon who told me about the importance of the new HDMI support. While I have no plans to get a 3D-capable television any time soon, I will look at getting this new receiver so I will be ready for the television some time in the future.