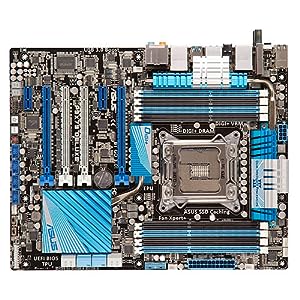 It has never been easier to build your own computer. As a kid, I love to play with my erector set and with other building toys like Lego bricks. Computer parts cost a bit more than those popular toys, though the process of following instructions to complete a finished project is very similar.

When it comes time to build a computer, it all starts with a motherboard. Those of you who do not want to actually assemble the computer yourself could certainly make note of the parts you want and have a system builder put them together for you.

I often hear users ask the “best” computer to use for running graphics software. Of course that is usually followed by something indicating a shoestring budget. Those terms together are what is called an oxymoron. You can’t build the “best” computer on a shoestring budget. I’m not suggesting you need to get the most expensive computer possible, yet spending a bit more can bring you a much more powerful machine. It will get things done faster and typically will have a longer lifespan.

That leads us to a very powerful motherboard, the Asus P9X79 Deluxe. Part of the name is LGA2011 which indicates the slot for the Processor is the LGA2011 slot. This is the latest and greatest slot which means you have access to the most powerful processors available now and in the near future.

Another part of the name is 8x DIMM. In short, that means it has 8 available slots for RAM. If you were to use 4 GB DIMMs, you can have a total of 32 GB of RAM in the machine. Maybe you only use 4 slots now and then fill the other 4 slots when RAM prices drop a bit (32 GB of RAM costs less than $200). The last part of the name is PCIe 3.0 which means the motherboard supports PCIe 3.0 cards. This allows you to have the absolute fastest video cards.

Along with the major features listed above are numerous other bells and whistles. If your goal is to build a powerful machine, this is a great starting point!