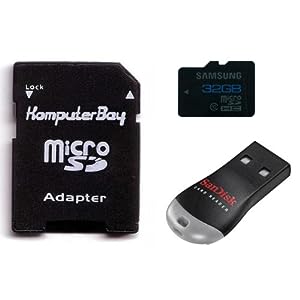 As I decide to write each day’s post, I do my best to relate it to my own experience. While I do a lot of training, I am a user of computers and graphics software like many of you. I also know that many of us have other devices to work with our computers. That can include digital cameras, smart phones and tablets. Recently I was having some issues with my phone and took it to the repair depot. The problem turned out to be a failing MicroSD card. The existing card was on its third phone so I wasn’t particularly surprised that it had reached the end of its life. Note that I was able to transfer almost all of the data to my computer and transfer it to the new card. I think I lost two photos and they couldn’t have been very important or they wouldn’t still be on my phone.

Anyways, the store personnel encouraged me to buy a replacement MicroSD card from them. My existing card was 16 GB and the first card I saw was 4 GB and it was priced at $40. It was too small for my needs and that price seemed high. They did have a 16 GB card, but it was priced at $80. I chose not to purchase from the store and to see what I could find online. I ended up buying a 32 GB card from Amazon for less than the price of the 4 GB card at the store. The new card was twice the size of the original, had faster data transfer and came with both a card adapter and a USB adapter. Now hopefully the new card will last for at least three phones before I have to replace it.