When it comes to tablet computing, I’m a late adopter. While the iPad is interesting, I’m not the least bit interested in one. There have been a few Android-based tablets that have piqued my interest, but none enough to convince me to buy one. Microsoft’s Surface tablets look pretty cool but the Windows 8 part is a real turnoff. When Amazon scheduled a press conference to announce new flavors of the Kindle family, I had mild interest. When I saw what was announced, my eyes and ears were wide open with interest. 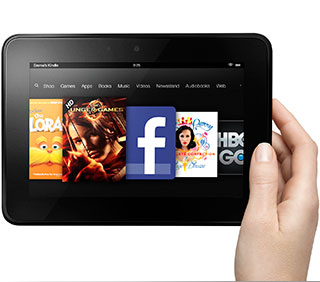 For those who liked the original size, 7 inches, of the Kindle Fire; there is the new Kindle Fire HD. The specifications are all improved and the price remains the same $199 as before. For those who want 32 GB of memory instead of the standard 16 GB, it is an additional $50.

The 7-inch tablets are cute enough, they just aren’t the right size to get me really excited. Of course the low price point is very exciting and it is tempting to jump in for exactly that reason. Part of the reason it isn’t enough is that my phone has nearly a 5 inch screen so the jump in size just isn’t enough of a difference to get me to buy in. 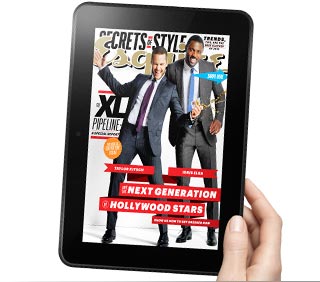 What really got me excited was the new Kindle Fire HD 8.9″. It adds another two inches of screen size along with much higher resolution with a price of only $299. Again, it comes with 16 GB of storage. Jumping to 32 GB will cost $369. I don’t really understand why the extra storage costs $20 more on the larger tablet and maybe the price will change before it starts shipping in November.

There is another flavor of the larger tablet, the Kindle Fire HD 8.9″ 4G. It jumps the included storage to 32 GB and adds a 3G/4G cellular radio so you can stay connected anywhere you have data service. Of course the price also jumps to $499. And to use the mobile service, you need to pay extra for that service. Admittedly it is only $50 a year for 250MB of data transfer a month. That isn’t a lot of data, but the price isn’t as painful as other plans. I’d prefer to go with the lower cost version even though it can’t connect to the Internet without WiFi service.

One thing that has become really clear with tablets is that the software environment is every bit as important as the hardware included. That is an area where Amazon provides a better experience than other Android tablets even though the tablet is based on an older version of Android. I am already signed up for Amazon Prime so I get free shipping. It also provides me Prime Instant Video though I’m not really using it now. With a Kindle Fire HD, I would likely start using it. It may also seem strange that the author of ebooks doesn’t have an ebook reader. I agree and I am looking forward to getting a tablet to read ebooks. With the Kindle Fire HD family, I think I have found a reason to get my feet wet in the tablet water. What do you think? Is this the tablet for you?