Another Look at 1000 True Fans

Three years ago a blog post entitled 1000 True Fans was first posted. It is a bit long, but I highly encourage you all to read it as it is a very important concept for all artists. When I first introduced you to 1000 True Fans, I shared the story of how it applied to my CorelDRAW Unleashed books. The next day I followed up with a story about Roger Clyne & the Peacemakers (a local rock band). Last year I did another story on a band named Rock Sugar. Today I want to re-visit a couple of those stories and talk more about how social media can build a fanbase. Admittedly, I will be asking my existing fans to help me gain some new fans.

My original post came before the release of CorelDRAW X4 Unleashed. It did quite well and now I’ve released both CorelDRAW X5 Unleashed and CorelDRAW X5 Unleashed Advanced Topics. All have done well, but there are some ways that 1000 True Fans doesn’t apply. In my case, my books are only of interest to those who have the version of CorelDRAW that they cover. There are undoubtedly fans of mine who don’t buy every book for this reason simply because they haven’t upgraded to the latest version of the software.

There are also other ways that fans are supportive of my efforts. One of the simplest ways is when they click on an ad they find interesting. Each click brings a very small amount, but they add up. When a fan needs to buy software from Corel, they use one of the links we provide at the Graphics Unleashed Web site. The fan gets the best price available on the software and we earn a commission. We certainly offer other products of interest for sale and purchasing those products is another way of supporting us.

There are also ways to be a fan by simply spreading the word to others. Some of the most popular ways are by “liking” a page on Facebook or Tweeting about it on Twitter. Go ahead and like this post or tweet about it right now and help me spread the word. If you aren’t following me on Twitter (@fostercoburn), go for it! Another way of being a fan could be as simple as subscribing to the blog because you value the information provided each day. If you aren’t a subscriber, now is a good time to get your free subscription. For those who already subscribe, why not suggest to a few others that they subscribe? We also supply add-ons like the Resources Docker for CorelDRAW and the Graphics Unleashed Toolbar that provide value to fans while making it easier for them to interact with us.

There are times when I ask my fans for feedback on ideas. This allows fans to shape the products and services we create. I’m currently working on some future ideas and will be asking fans to provide input in the near future. One of them will allow fans to be very involved in a future project.

Now let’s look again at Roger Clyne & the Peacemakers. I certainly consider myself a true fan of theirs and thus I want to share information about two new projects of theirs. I also recommend you read my previous post where I describe what I think are their best works.

I haven’t seen the full band in concert in a while and I’ll need to do that again soon. By dumb luck I saw Roger in a solo acoustic show last year in Telluride, CO. I used his music, photos from the concert and other pictures from the trip to build a multimedia slideshow.

Fans of the band’s music know that they often sing about the Southwest, Mexico and Tequila. One of their songs was a tribute to tequila entitled Mexican Moonshine. So it was only appropriate that they teamed up with a distillery in Mexico to create their own tequila by the name of Mexican Moonshine. There is a nice story on Roger’s first experience with tequila as well as how it was developed from a local newspaper. He also appeared on a local television show where he talked about it and sang the namesake song. You can also visit the Mexican Moonshine site to learn more about it. As a fan, I had to get a bottle and will be testing it in the name of science. Attached to the bottom of the bottle was a CD titled “Sip and Sing Sampler” with some of their best songs. This is a great way to introduce some new fans to their new music and I thought it was a great marketing idea. 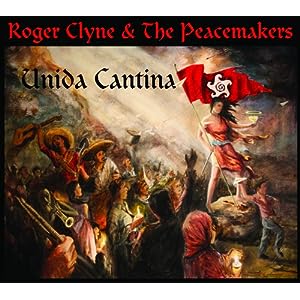 They’ve also just released a new CD, Unida Cantina. Other fans have posted mixed reviews. I’ve only had a chance to listen to the whole CD one time so far and I enjoyed it. Admittedly, I don’t think it is their best CD. Then again, I may change my mind after a few more listens.

Your situation may be different from mine or Roger’s, but I’m sure there is a way that you can implement the idea of 1000 True Fans in your business. It could take time to build the base of fans, but it will be worth it in the long run. I’d love to hear some of your stories. Just post them in a comment so that all readers can hear your story.