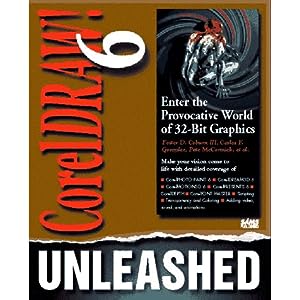 Yesterday was my 2000th blog post so today is the start of the second 2000 and I wanted to take a walk down memory lane. Last week I had to film a quick screen test for a local filmmaker who would like to do some video projects with me. I’m definitely comfortable in front of the camera so we were able to knock out the test in less than five minutes. Along with the screen test, I needed to provide details on my background and that meant I had to look back through the archives at previous projects I had completed. When there is more to report on the project stemming from the screen test, I’ll gladly pass it along. Today I wanted to share some of that with you and talk about how it relates to upcoming projects.

Most of you are aware of the doorstop sized books I wrote for Sams Publishing and McGraw Hill. I think the heaviest of those books weighed more than five pounds and who knows how many trees were killed to produce them. I’ve included the cover just to remind you of this 1306 page behemoth.

Around the same time as the release of that book came a project where I would travel to Provo, Utah to film videotapes for Keystone Learning Systems. It always seemed to me like the filming sessions would take place in the winter so I’d be greeted to Utah with lots of snow. When we were filming, the heat would have to be turned off so the noise of the heating system wouldn’t interfere with the recording. It could get really cold in the studio if we didn’t take a break every now and then to run the heat. As an Arizona resident, I don’t get along well with cold temperatures!

In total I did 45 videotapes for Keystone on both Corel and Microsoft graphics products. Each of those videotapes had between 90 and 135 minutes of content and sold individually for $50-$60. If you wanted to watch a specific topic, you would have to fast-forward to that part of the video to watch it.

Now let’s compare those old days to the CorelDRAW X5 Unleashed bundle. While the page count of the three is around 900 pages, I can guarantee you they contain a lot more information. The lower number of pages is simply because of the way the pages are laid out. It was a big deal that the CorelDRAW 6 Unleashed book contained a 32-page color insert. Nowadays there is color on every page.

Instead of a separate set of videotapes as there were in those days, now the videos are included on the DVD and each topic is directly linked to where the topic is covered in the PDF file. This makes it much easier to just watch the topics of interest to you at any given time. The old videotapes were filmed off a 640×480 screen with a camera filming a monitor. With the CorelDRAW X5 Unleashed DVDs, the screen was recorded directly to a video file at 1280×720 pixels. That means you get a lot higher quality and a much better looking screen. Plus you don’t need a VCR handy. Of course there are also more than 16.5 hours of videos in the CorelDRAW X5 Unleashed series. Based on the pricing of the Keystone videos, you’d pay more than $400 for that much video.

As I look back on what existed back in the mid-90s and what exists now, the contrast is amazing. There is no doubt that the quality of the information and the way it is presented is much better due to advances in technology. You’ll also find the price has improved greatly as the whole bundle goes for less than 25% of what it cost back then. Admittedly, I’m pretty proud to deliver a much improved product at such a good value to users. My goal for the CorelDRAW X6 Unleashed series to continue the quality improvement while keeping the price at a great value to users. Now I need to get back to work on it so I can get it in your hands!